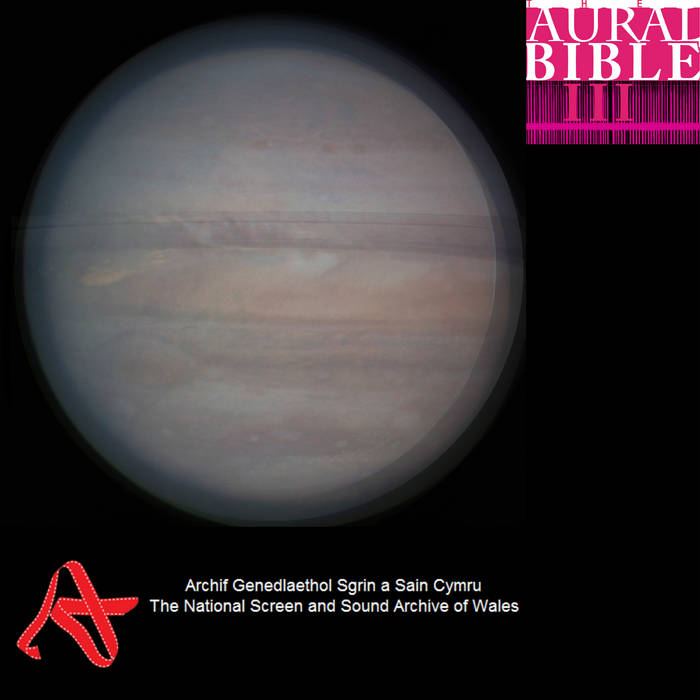 Job’s reference to ‘the morning stars’ may, some commentators believe, refer to the stars visible on the morning of creation. Others interpret them as being a metaphor for angels. My adaptation of the Jobian image is poetic rather than theological. I envisioned a choir of stars singing praise to their maker – a Judaic take on the musica universalis or Harmony of the Spheres, if you will. What would they’ve sounded like? Biblical astronomy has no term corresponding to ‘planet’. There are only stars, Sun, Moon, and Earth. Venus and Saturn are referred to in the Old Testament, but as stars. Therefore, in answering my question using planets, I was not straining the biblical vision (or audition) too greatly. But this was an intent that arose only after the composition had been completed.

Originally, the composition was conceived as a trial sound work made on behalf of one of the School of Art, Aberystwyth University’s MA Fine Art students, following a brief discussion that we had had a day earlier. The student wanted to generate a sonic accompaniment to a sci/art project about astronomy, which they were finalising for exhibition.

The student had already some idea of what would be appropriate and, to illustrate, played me a YouTube video of the sounds of planets recorded by NASA space probes. Every star and planet emits radio signals or electromagnetic vibrations and interactions that cannot be heard in the vacuum of space. Scientists have translated these frequencies into the audible spectrum. Copyright issues prevented the student from using the on-line files. In any case, they were not sufficiently and imaginatively processed, in the manner of the visual artwork that the sound work would accompany.

Rather than mimic the source sounds, I turned to the most well-known and much-loved sonification of the celestial spheres: Gustav Holst's suite, 'The Planets' (1914–16). My soundtrack (for want of a better word) derives from a recording of the music made in 1926. The suite’s movements, one for every planet (with the exception of the Earth) in the, then, known solar system, were stacked (superimposed) and mixed-down together. I extracted a small sample from the aggregate, which was, then, cleaned up, re-equalised, converted into a stereo signal and, finally, stretched twenty times its original length.

The extract was chosen because it represented, to my mind, the most exquisite part of the whole: a shimmering and yet fiercely jubilant ecstasy that transcended any resemblance to the source material. For this brief period (in real time) one relatively subdued section from each of Holst’s seven planetary compositions (Mars, Venus, Mercury, Jupiter, Saturn, Uranus, and Neptune) aligned perfectly for what seemed like an eternity (in stretched time).
...

'When the Morning Stars Sang Together' is an adjunct to the third release in The Aural Bible series. The series deals with the Judaeo-Christian scriptures as the written, spoken, and heard word. It explores the cultural articulations and adaptations of the Bible within the Protestant tradition. The works on the album embark upon a critical, responsive, and interpretive intervention with aspects of its sound culture. The websites that accompany the series’ CD albums are dynamic. Material will be added, and sub-sections fleshed-out, as opportunities for the work to be presented, discussed, reviewed, and broadcast present themselves.