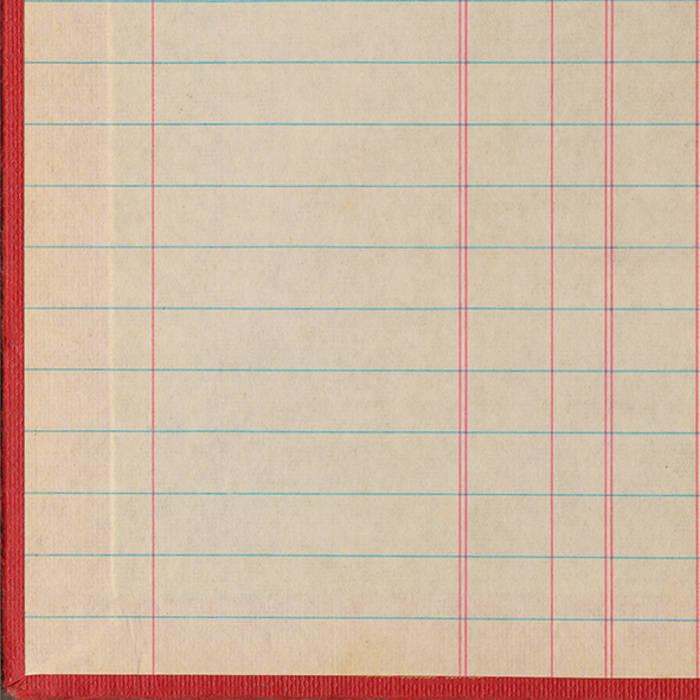 The title refers to a small book that served as a diary for the period 1 June to 18 September 1982 (110 days). Its pages are in decimo-sexto format. It is enclosed between Bristol boards and bound in red cloth. The unconscious theme of the book is accountability: from the mundane to the most profound matters of life. The contents include an inventory of my daily expenditure, notes about places that I visited, reflections on encounters with friends and strangers, and descriptions of projects proposed, undertaken, or abandoned. As the weeks progress, the entries gradually become longer, more confessional, and more focused on my soul-life and affairs of the heart. The ledger also includes memorabilia, such as tickets and receipts, and letters and picture postcards from a girlfriend. The entry for each day of the diary and the text on any artefact associated with that day are read. These narrations are then superimposed – overlaid and pressed together like the pages of the ledger.

The diary covers one of the most perplexing periods in my life. At times, the utterance of either a particular day’s events or the contents of a letter received was almost unbearable to perform. I had read the diary in my head several times at intervals during the subsequent 32 years. This was in order either to access information about specific events or to re-familiarize myself with the narrative arc of that portion of my past. However, it was only when I read the contents of the ledger aloud that I, for the first time, began to properly understand what had taken place. Speech was a process of excavation. The outline of behavioural patterns, the recurrence of events, abiding fixations, fluctuations in energy and concentration, constants, irresolution, and their fateful interactions were laid bare, only to be obscured again by the weight of many words sounding together.

The sound work is composed of all the diary’s entries spoken in concert by a ‘choir’ of 110 voices, accompanied by the combined floor noise of as many tape recorders. The untreated source sound is played alongside versions of the same that have been passed through a low pass and modulation filters. Some of the entries are much shorter than others. As they conclude, and the piece progresses, fewer and fewer voices are heard until there is only an octet, then a quartet, and then a duo consisting of a reading of my entry and of my girlfriend’s letter to me. The final third of the composition is a solo reading of that letter to its, and the composition’s, end.

The composition decelerates by 365% (being the number of days in a calendar year) in order to obscure the more clearly audible words of the solo reading. The diary was, after all, a private disclosure.

Personnel: John Harvey
Instrumentation: Sony VOR Microcassette-corder M-627V, Moogerfooger Clusterflux MF-108, Low Pass Filter MF-101, and Ring Modulator MF-102, Eventide Space stompbox, Sherman/Rodec Restyler, Sherman Filterbank 2, and Adobe Audition CS6. The readings are recorded on a microcassette recorder that was manufactured in the mid 1990s. It has the same sound quality as the Olympus Pearlcorder, which I used for dictation at the time the diary was written
Source: John Harvey, diary (1 June–18 September 1982)