My Heart is Broken in Three [single] 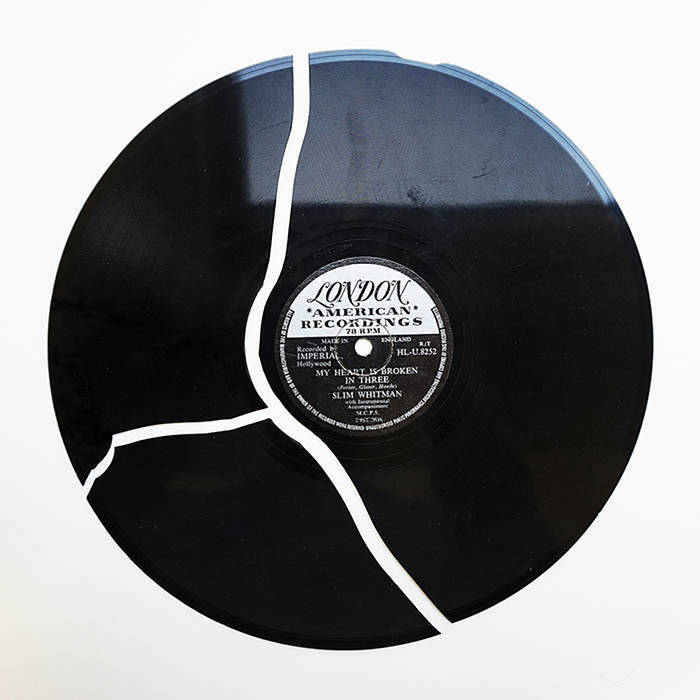 The composition comprises recordings taken from the three partial records. Extracts from each are heard, one at the time, in the following sequence: the first fragment, the second fragment, and the third fragment (chorus). (The inclusion of a chorus acknowledges the structure of the original song.) This pattern is repeated four times. The composition ends with a coda derived from the third fragment. The track is heard at the speed at which the source record was intended to be played: the equivalent of 78 rpm.