Free Delivery (Deliverance) End​-​Time Deliverance Ministry: You’d Better Not Listen to Him (If You Know What’s Good for You) 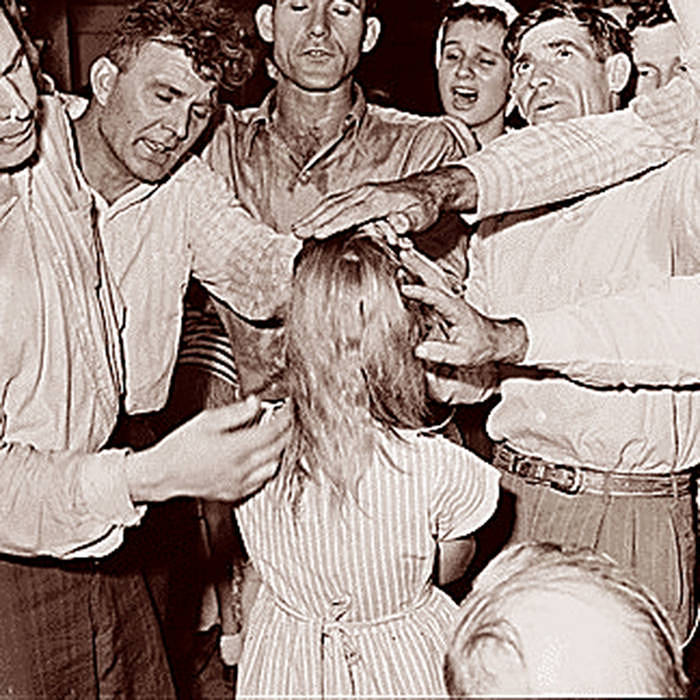 The composition reflects upon aspects of an American fundamentalist deliverance ministry. The ministry is predicated upon the unorthodox belief that Christians can be inhabited by demons. The evil spirits manifest themselves in the form of physical and mental illness, spiritual and emotional afflictions, addictions and phobias, delinquency, inappropriate dispositions and attitudes, the bad fruit of ancestral iniquities passed down from one generation to another, and the inhabitation of electronic equipment.

Deliverance is achieved chiefly through prayers, spoken aloud either in English or tongues (glossolalia), that entreat the demon to depart. The vindictive and recalcitrant entity is heard to resist eviction and, through the mouth of its host, to remonstrate angrily with the deliverer with screams and invectives before being cast out.

In this composition, the first line of ‘O, the Blood of Jesus’ (a hymn sung in the context of a exorcism that, it is supposed, evil spirits cannot bear to hear) provides the background music for the composition The melodic line is in retrograde contrapunctual motion: that is to say, it is arranged as a counterpoint that involves a backwards version of the extract being superimposed upon the forward movement of the same. Two noncompliant demons, speaking through young women, caution other entities against heeding the deliverer’s commands and remonstrate about the music.

Radio Announcer: The demons hate to listen to this thing.