And Also a Beloved Daughter [single] 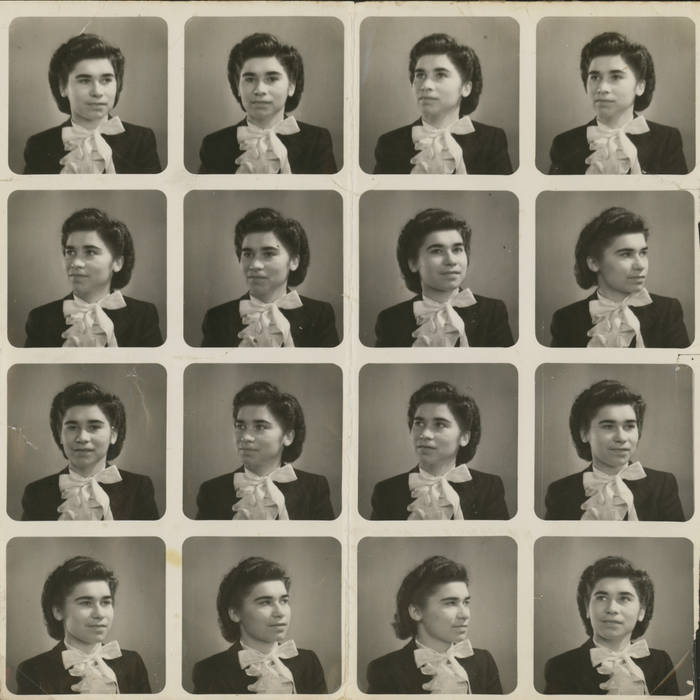 The piece brings together a tape recording of a family conversation that took place at my parents’ home in 1986 (a year before my mother died), and a set of photographic contact prints from a studio portrait session she attended in the late 1940s.

The subjects of the conversation, in which my mother and father, a cousin and her husband, their two children, and I participated, include recollections of my parents’ childhood before and after the Second World War, rationing, her father’s and other miners’ response to the general strike of 1926, meat auctions at the family butcher, keeping chickens in the back garden (and their owners' reluctance to slaughter them), egg laying, family holidays during ‘miners’ fortnight’, the paucity of old photographs showing ordinary people’s everyday lives, the Sony Walkman tape recorder, my uncle’s reel-to-reel tape recordings, and (fortuitously) the desirability of recording family conversations.

The composition is based on loops of samples taken from those parts of the recording when my mother’s voice alone is heard. There are sixteen samples – the same as the number of portraits comprising the contact print. The print shows a sequence of subtly different orientations of her head arranged in rows and columns. The portraits can be seen either individually or as a group. Likewise, the sound extracts represent sixteen perspectives on my mother’s life, which, like the studio photographs, were captured on one occasion. They are sonic portraits in the form of an arrangement of discrete but interrelated speech acts.

The extracts are disposed in the same order as the photographs in the composite: four by four. In the stereoscopic audio field, the first extract on the notional top row is heard on the far left, the second, left of centre, the third right of centre, and the fourth, far right. The next set of four samples (corresponding to the second row on the contact sheet) proceeds in the same formation, and so on until all sixteen are audible simultaneously. Each line of the lyric is introduced incrementally: line 2 enters after two loops of line 1; line three enters after three loops of line 2; line three loops after line 3, and so on.

The title of the piece is derived from the inscription on my mother’s gravestone. It emphasises her relationship to her forebears (who feature in the conversation) rather than to her offspring.

1 And they had to pay it back. There was someone coming to collect. Back. Oz, Dad Rees, didn’t go back.

3 My father was working in Bill Jones’s shop.

4 Ah, only day we got on, on the sand as for the fortnight.

5 And still they didn’t have the big fridges and freezers.

6 Used to go home with a basketful of sausage and cooked meat.

9 Goodwin and David were really upset.

10 You know … they were really upset.

11 We had chickens at home to kill.

14 Downstairs or they’re up in his bedroom.