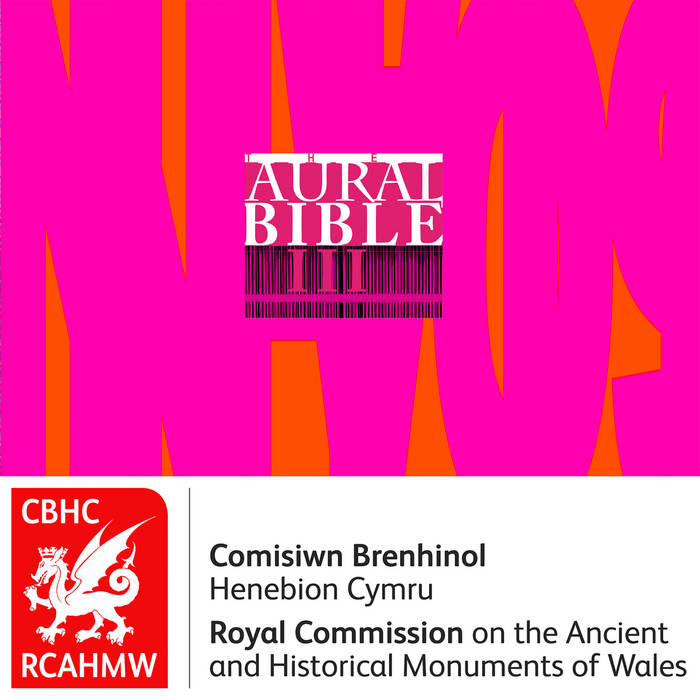 The composition is the second response to the Royal Commission on the Ancient and Historical Monuments of Wales’ event entitled ‘Explore your Archive: Memory Archive’ (November 22, 2017). In contrast to the initial release, ‘I. Nothing. Lack.’ (2018), ‘Nomine Numine’ is not an attempt to sonify the effects of dementia. However, it does deploy one of the salient characteristics associated with the illness – a slowing of speech. This is to the end of reflecting upon, soberly, and celebrating the themes of friendship and providence. The source material is derived from my own sound archive, called the Aural Diary.

‘Nomine Numine’ is a quartet of hymns for four voices. The title conjoins two Latin words: ‘Nomine’ (name) and ‘Numine’ (variously used within the context of the Christian Church to denote providence, the divine will, and the power of God). ‘Name’ refers to the forenames of the two vocalists on the album. Their designations are the feminine and masculine equivalent of each other. In effect, they share the same name. ‘Numine’ evokes a sense of the foreordination, timeliness, and spiritual care that characterised the manner in which those vocalists had found one another.

The composition is based on four monophonic recordings made by the vocalists, each speaking on two occasions. The recordings are taken from a set of oral correspondence that had passed between them. The female voice reads the text of two short stories; the male voice narrates his experience of a journey, as it took place, and a personal confession. The content of what he said is of relevance only to the correspondents. Of signal importance, however, is that we hear both talking (singing) together for a long period of time – an opportunity that was denied them in real life.

The composition is divided into four parts: 'Jayess: Hymn of Encounter'; 'Io: Hymn of Recognition'; 'Aitchay: Hymn of Commitment'; and 'Enn: Hymn of Renunciation'. Collectively, they are an encrypted reference to the speakers’ identities and the evolution of their friendship. The mood of the composition is one of yearning, heartbreak, and the sublimely mysterious. While the content of their speech is rendered indecipherable (having been slowed down twenty times), the distinction between the female and male voices, as well as certain sonorities characteristic of their speech when heard at normal speed, are retained.

Reducing the speed of speech to this degree liberates and accentuates the voices’ innate musicality. Towards the conclusion of 'Enn: Hymn of Renunciation', one female voice 'sings' three notes. The phrase has an epiphanic quality – as though she had found, briefly, release, resolution, and abiding fulfilment. The sound is like a momentary shaft of intense light shining upon an otherwise dark and unreassuring landscape.

Chance, or aleatoric, music throws up possibilities that the composer may not, necessarily, have conceived of themselves. I had no idea what the four speech recordings would sound like when slowed down and played together. The quartet felt as though it had been composed by a creative intelligence that lay outside of me. At the same time, it was clearly my work: the hymns had many of the hallmarks that are evident in some of my other, more deliberate compositions. The quartet expresses something of the intensity, happiness, consolation, desolation, and strangeness that was felt when the providence of God and paths of two people intertwined in a remarkable way.

'Nomine Numine' is an adjunct to the third release in The Aural Bible series. The series deals with the Judaeo-Christian scriptures as the written, spoken, and heard word. It explores the cultural articulations and adaptations of the Bible within the Protestant tradition. The works on the album embark upon a critical, responsive, and interpretive intervention with aspects of its sound culture. The websites that accompany the series’ CD albums are dynamic. Material will be added, and sub-sections fleshed-out, as opportunities for the work to be presented, discussed, reviewed, and broadcast present themselves.

Engineered and produced by John Harvey
Album and track covers by John Harvey
Conceived and mastered in Aberystwyth, Wales, UK, 3 March – 20 June, 2018
Released by the Royal Commission on the Ancient and Historical Monuments of Wales